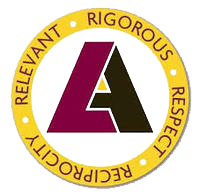 Life is riddled with change. Prices will go down or up. Birth rates can rise or decline. From year to year, the number of students at a school can change. The list continues and continues. To demonstrate if a number has changed in comparison to the initial amount, we sometimes define change as a percentage. Describing change as a percentage allows you to see whether the change is minor or significant more easily. For instance, understanding the percentage by which the population of a school has risen could be more beneficial. If it rose by 60%, that’s a significant change that will have a big impact on the school. If the rise is just 2 percent, the school would not be impacted too much. In contrast with the original number, the change written as a percentage gives you a better idea of the change.

There is more than one way for a percentage increase or decrease to be measured. Chances are you’ll find a list of steps to take if you google how to locate the percentage of change.   Be sure that you follow the instructions, because it’s not just a process that you want to memorize and forget easily.

One way to find a percent of change is to use the formula: New Amount – Original Amount

Original Amount. You will then change the decimal answer into a percent by moving the decimal two places to the left.

Here’s an example:  The cost of a jacket went from $5 to $6. What is the percentage change in the price of the jacket?

The percentage change in the price of the jacket is an increase of 20%. (When the new value is greater than the old value, it is a percentage increase, otherwise it is a decrease.)